If lead acid batteries had a built in BMS that accounted for the 50% debt of discharge and rated like a lithium batteries, performance would be similar and cost analysis would be a lot different.

Hope the new mandates in CA don’t drive up cost on these batteries.
Top

Limited number of uses to this point, but thus far I'm pleased. Trying to avoid my own confirmation bias, I did notice a few points about the Lithium that wouldn't have been possible with the lead acid.

Most immediately, the weight difference is the first thing I noticed. Running with all the same gear loadout as ever and a partner I now have to back off on my throttle a decent amount with 2 people in the boat as not to over-rev my motor using a 13P prop. Previously, I could open it up 100% with 2 people in the boat and be right at the top end of the range at 5,900/6,000 rpm. This is due to the fact that I'm only carrying the 1 LiFePO4 100amp battery, as opposed to 2 size 29 lead ones which would require swapping at some point (only room for 1 up front, so the 2nd rode in the back of the boat until needed.) This is exciting, as I've got a 15P stainless prop which in the past I had only used when fishing alone out of fear of over-lugging my motor when carrying the extra weight of a companion, but it pushes the top speed of the boat over 40 when the conditions will allow for it.

On a recent trip to Oneida we fished the morning from 8am until shortly before 1pm in very heavy winds with the 12v trolling motor working on 50% - 70% power setting the entire time we weren't using the gas motor with no noticeable loss of control over the boat towards the end of that time (from past experience I know the lead battery wouldn't have held up to this, but I cannot quantify a comparison.) What was exceptional about the lithium was when we put the boat on the trailer around 1 to grab lunch and change into a dry set of clothing we hooked the battery in to charge at the hotel (not long after 1pm), and it was fully recharged by the time we headed back out at 2:45 pm.

More recently, I fished for striped bass in the mouth of the Housatonic River which always taxed my motor to its limits, and in 7 hours on the water the 12v was still holding against the incoming tide as well as it had against the outgoing to start the outing. There was roughly an hour of time on the gas motor in the mix, as well as 2 hours of slack following the morning low tide, but all in all I know the lead battery would have needed to be swapped out somewhere in the later part of the trip, whereas this held its ground the whole time.

Everything else I've used it for is to a lesser extent where any differences between them are negated (other than the weight.)

That I'm only able to charge it when it's above freezing is proving to be more and more of an issue in NW CT as the season drags on, but this was to be expected. Onboard charging up north for the next month is not going to be an option, but it's much easier to move this in and out of the garage/basement than it ever was a lead battery before it.

This is a less-discussed limitation of this type of battery new owners need to be aware of ahead of time.
I have a marriage license and a fishing license, but I only carry one in my wallet.

Thanks for the real world experience with those types of batteries.

Found this searching through the paperwork with the battery for a coupon code. 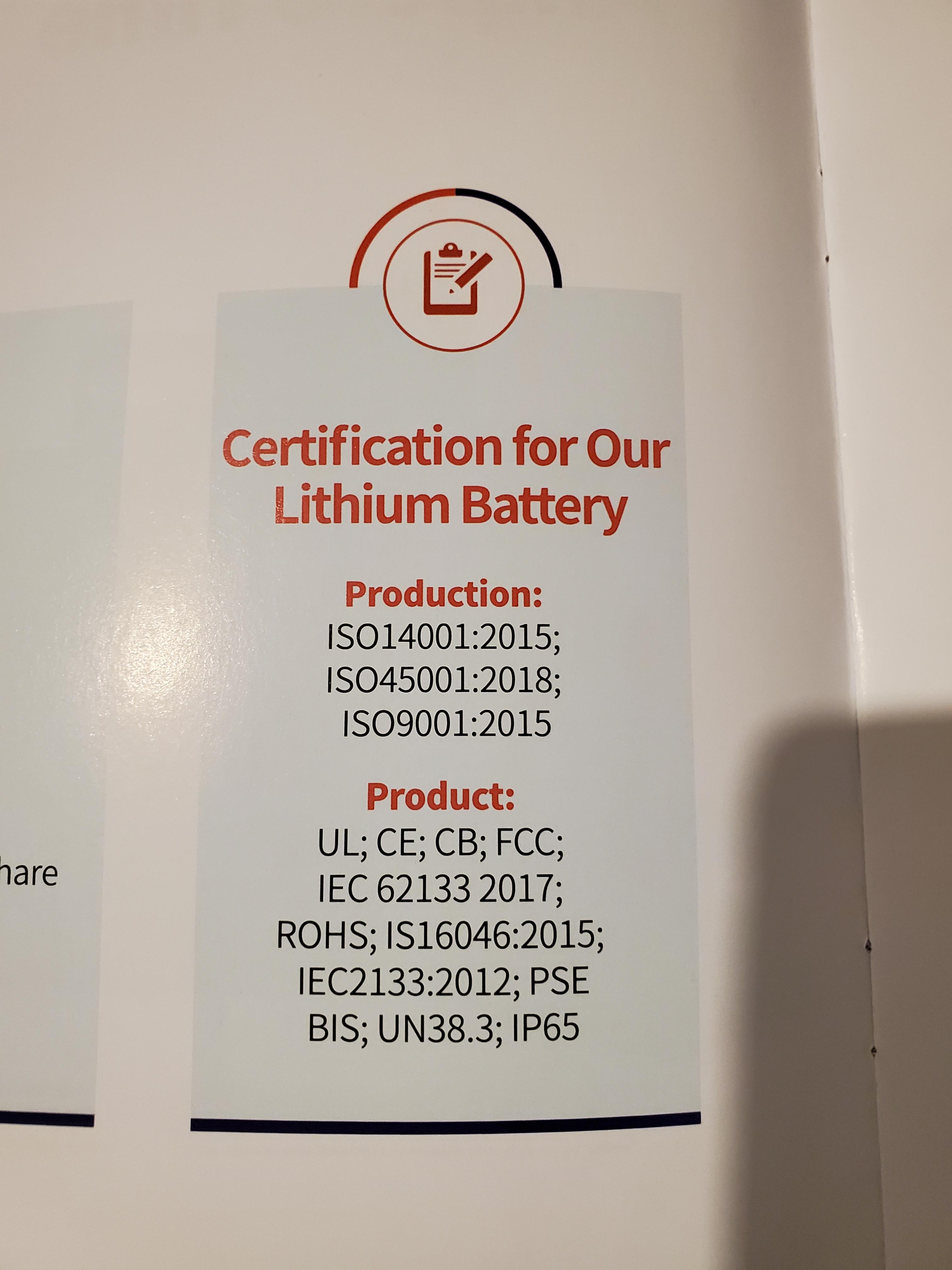 Does the BMS give you access to number of charge cycles or status of charge.
Top

Not that I'm aware of, there isn't an interface for the BMS externally on the battery and it isn't a blue-tooth model.
I have a marriage license and a fishing license, but I only carry one in my wallet.