Anything you do off the water can go here. Racing, Modeling, collecting? Talk about it here.
8 posts • Page 1 of 1

When weather doesn't permit, I'm down in the basement workshop smoking my pipe, listening to the news or watching movies on the Roku while messing with lures that I make either by pouring hot plastic or cutting and fusing plastic parts together using a candle flame.
Some of my best lures for all species of freshwater fish have been discovered in my well organized workshop:

(BTW, the barbel on the floor has been collecting dust for over a decade...)

Plaster of Paris has allowed me to make copies of lures no longer made such as Uncle Josh's pork rind frog (never could figure out the name): 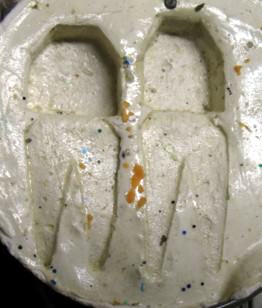 ..and another way too expensive to buy: 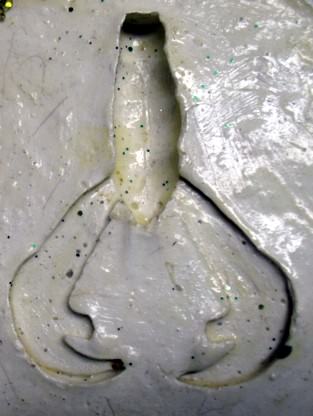 I can't pass up a sale and found a way to secure this similar skirted jig trailer: 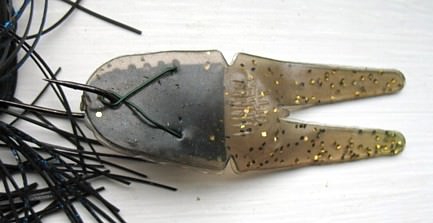 Composite designs work better than most of the usual ones sold and there's no limit what you can come up with. Don't like the tail ?, substitute another using a flame (curl tail cut off and replaced by a spike tail):

Here I added a Joker Grub 3-prong tail to a tube: 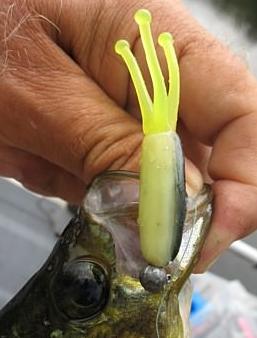 Interesting, I also just read about modifying plastics on another site, seems like there's no end as to how you can play with them.
Top

Which site if you don't mind? I also post under the name of Spoonminnow.
Also figured out how to make a lure lock for jigs and soft plastic lures:

then bend a wire L shape:

Now I buy only barbless jigs from Ebay.

It was either walleye central or ice shanty, those are the only 2 fishing sites I'm on.
Top

I don't use soft plastics, but I sure like your workshop. The experimentation process you talk about is pretty cool. I bet it isn't hard to lose yourself in there for hours.
Have Rod - Will Fish
Top

Winter is here for a lot of us and fishing and boating comes through the screen.

Sorry I didn't get back to answering sooner as I hope many other will. Daily I come up with modifications and even tied my dogs hair on a jig and caught fish on it (#8). :

These are hand injected into molds. Decided to use more clear and lightly tinted plastics this year. Clear worked great last year.

Ever since Jan. I been able to test lures and catch fish in the pond behind my house that never froze over.
winter